I heard a big, muffled "bang" in the spare bedroom (where I keep my clothes).

Obviously, I had too much weight hanging on the cantilevered shelf. It collapsed and all the clothes fell off. Like, hundreds of pounds of clothes!

Here is the closet with the shelf just propped back in place (the supports were bent).... 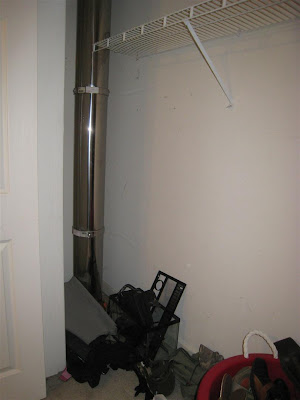 I had asked dear hubby to fix it - so in true McCraw style, it had to be "improved".

First, he built a little stud-wall around the old triple-walled chimney pipe. 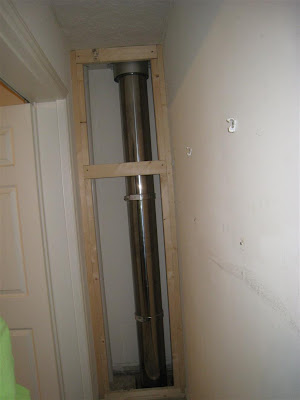 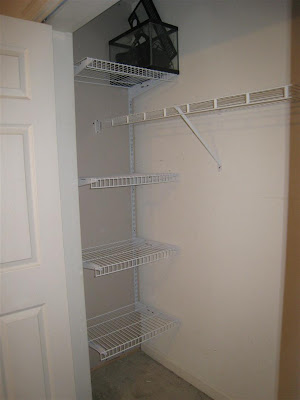 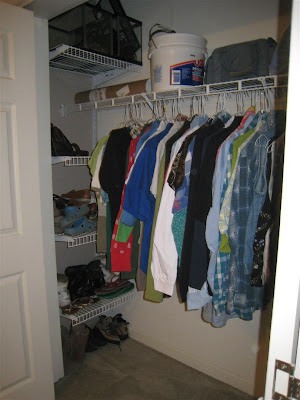 We were invited to attend a local event - in the 102 heat!! There was a nice breeze most of the time, so it was tolerable.

Here is our friend Mark - he owns the farm. This is an annual event - lots of their friends come from far and wide to participate. 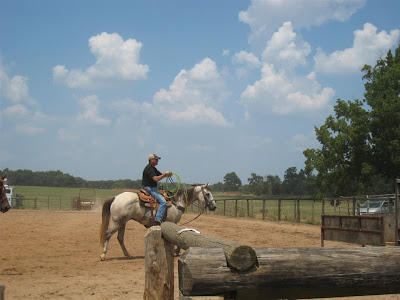 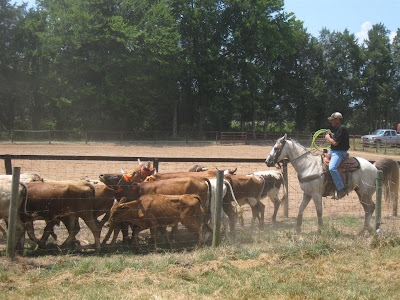 Fun to watch! (and it looks really hard to do!) 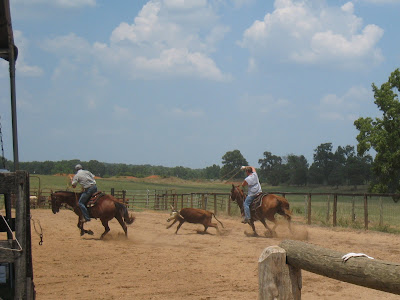 I've been waiting 3 years for this!!!

Can you believe it?

Driving by the Friendly Florist this afternoon, I did a double-take. Yaay! They finally invited all the Karen's in the town to come by for free flowers! 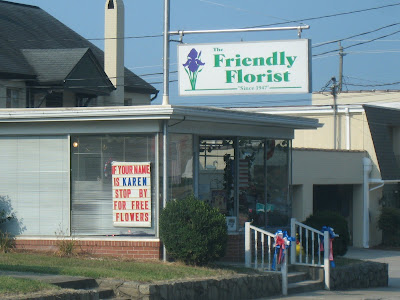 I chatted with the owner - I really should have gotten his name. Nice fellow - he said they have a long list of all the names they've used for the past 3 years. No repeats so far! So, I guess I'll have to wait over 3 more years before it's my turn again. 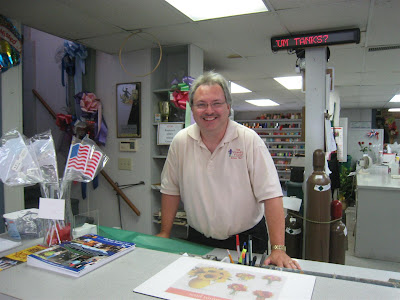 He handed me a pretty little bouquet of lovely fresh flowers. Thanks Friendly Florist!! 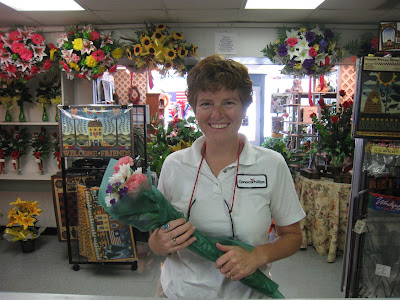 Yep, it's that time of year again!!! I'm about over-run with the yummy things!!! 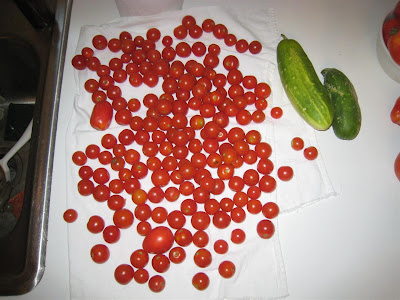 Water for my deck

I know it doesn't look like much....but Duane installed a spigot for the deck over the weekend. I've wanted one for years - just never got around to it. I've been hauling the water hose up 12 feet in the air all these years to water my plants. Thanks, dear! 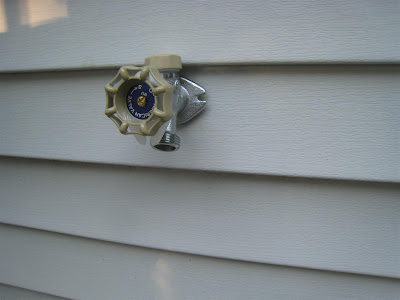 All "my" boys were at the house - helping Richard with a transmission for his 4Runner....well, Duane was helping - Robert appears to be "supervising"..... 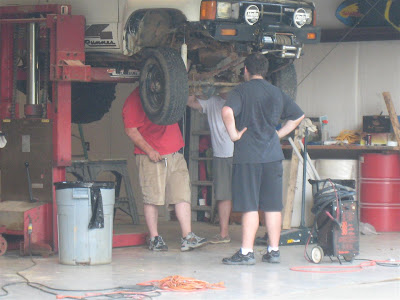 When I left Asheboro yesterday, it wind was blowing and a thunderstorm was fast approaching.....I guess it felt like a Chinook wind! 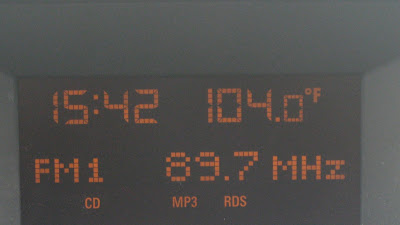 Six minutes down the road I drove into the thunderstorm - wow what a difference!!!!

The deer are really pests around here....they are even eating the buds off all my chrysanthemums!!! I didn't think ANYTHING ate mums!

I was driving down the driveway and caught this little herd - they just looked at me for a while, then scampered away.....

Saturday we hosted an Open House at the Siler City Airport - the first "event" that we've had there in a good while.

The weather was "frightful" to start the morning, but the clouds cleared and it was a beautiful day!

Hundreds of people from the Town and surrounding areas came out. Lots to see. 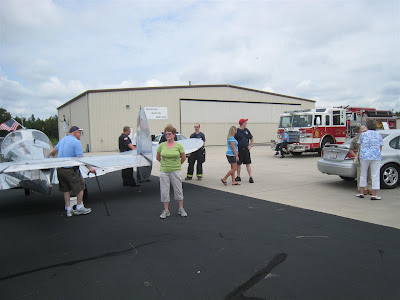 Our local EAA chapter gave Young Eagles rides to all kids 8-17 (and some adults too, if they begged enough!!) 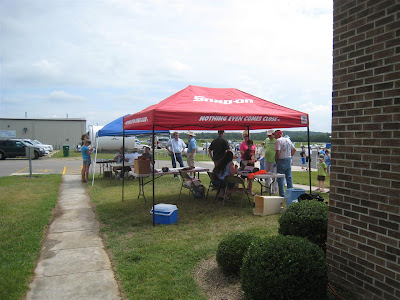 The Siler City Fire Department sent some of their equipment and personnel. The UNC Hospital helicopter came over and were "on call" most of the afternoon. 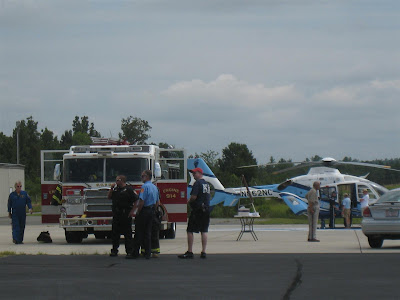 Our local WNCA radio station was "live" from the airport. 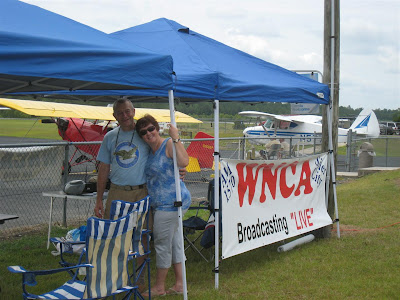 It was a great day!

It was Duane's birthday - our usual celebration is just going out to eat....so, the boys met us at the Brewery in Pittsboro for a nice meal. Miranda is on a family trip to Illinois :-(

We were about ready to leave when a lady came to the table and asked us if we would go over into the bar area and play a trivia game that they were just starting....since we really didn't have anything much to do, we said "sure".

We had to have a "team name" - Robert came up with the "Bomb Diggity's". I've got no idea what that means, I think it just sounds cute.

Now, we are not really trivia people....but it was fun. Plus we won!! 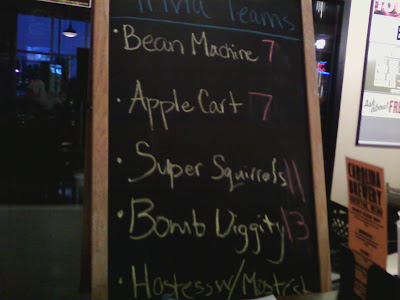 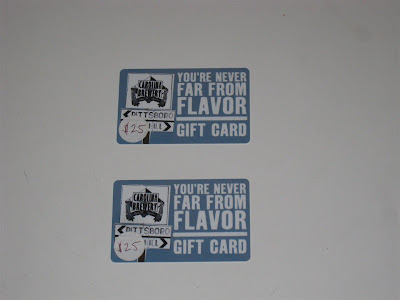 Some of the questions - test your skills!!

What is actually eclipsed in a solar eclipse?

What is the most "covered" song?

Who was Mohammed Ali's opponent in Manilla?

What Queen song was rejected by Sly Stallone for the Rocky movie?

How many teams play in the World Cup soccer tournament?

What nation produces the most orange juice?

What is the name of the golf course that hosts the Master's?

What was the name of the boy in the movie E.T.?

What was the name of the dog in the movie Back to the Future?

What actually holds pollen on a bee's legs?

Another One Bites the Dust

Sailboating and POWER-boating this past weekend. Hop over to Glory Days to see what we've been up to!
Posted by Karen at 9:53 PM 1 comment: