Today, I had a small Citation jet land at Siler City to pick up a local trucking company owner.  While they were getting fuel and preparing to depart, one of my other regular customers pulled his pretty Bonanza over to get fuel.  The planes are painted almost identically and I thought it made a neat photo.  A little hard to see but they both have black stripes with a splash of gold..... The two pilots joked with one another - the jet owner joked that he would prefer than I switch the fuel bills!!! 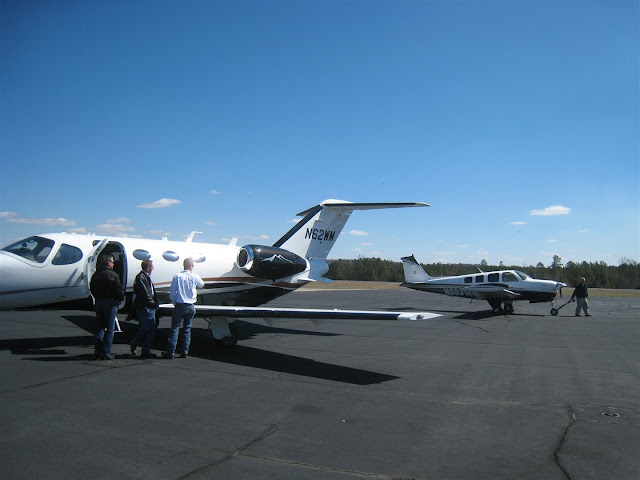 OK, you know things are really slow when I submit a food photo as the only interesting thing going on!

The weather yesterday evening just made me want some "comfort food".  So I took out all the veggies that I had on hand and roasted them with a sprinkle of sesame oil and generous amounts of garlic powder and a sweet-smokey spice rub from my brother.  I particularly love the last of the turnips I got from Granny and Cordy last weekend!

I had the leftovers for lunch at the lonely, foggy airport today! 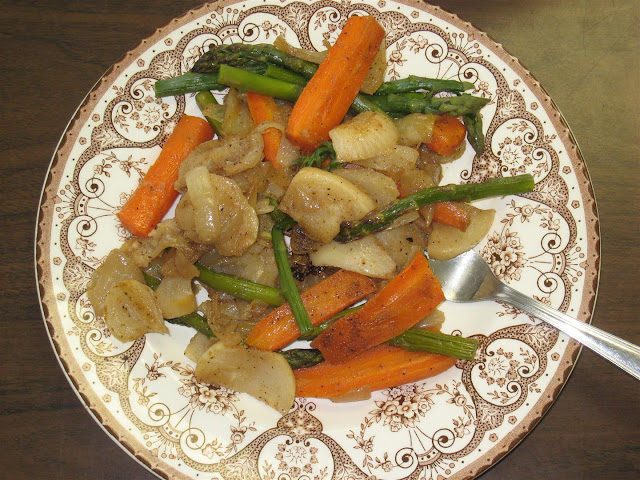 Finally back to the boat!

We flew down to the boat this weekend - hadn't been there in several months!!  The Escape had lost it's cover -  the FBO employee told me that it had gotten battered in 50-60 mph winds we had several weeks ago.  They have the keys to the vehicle - so they nicely took the cover off and left our straps inside.  And the battery was dead.  I mean dead-dead.  Took a while, but they jumped it off with their courtesy van.   Just a "working" weekend - got our TSA badges renewed so that we can go onto the ramp at New Bern, then headed on to Oriental.  The water in the boat (I think we carry 240 gallons in 4 separate tanks) had gotten "stinky" over the winter.  So, we pumped it out and treated the tanks with a little old-fashioned bleach.  Then filled the tanks back up with nice, fresh Oriental water.   Ran the engine a while and made sure everything was up to snuff... there was a small craft advisory for winds -  so we decided to stay put in the marina since we really didn't have anywhere we wanted to go.

Had a couple of really nice meals at the local places....and buzzed home this morning.  Actually, the weather was too low this morning when we flew home.  When we flew out of New Bern the clouds were 600ft overcast - and it didn't get any better at Eagles Landing.  So we ended up just flying to Asheboro  where the weather was better and put the airplane in a hangar there to set out the rains for the next few days.  Good excuse to fly later this week to pick it up!

Foggy morning at the marina: 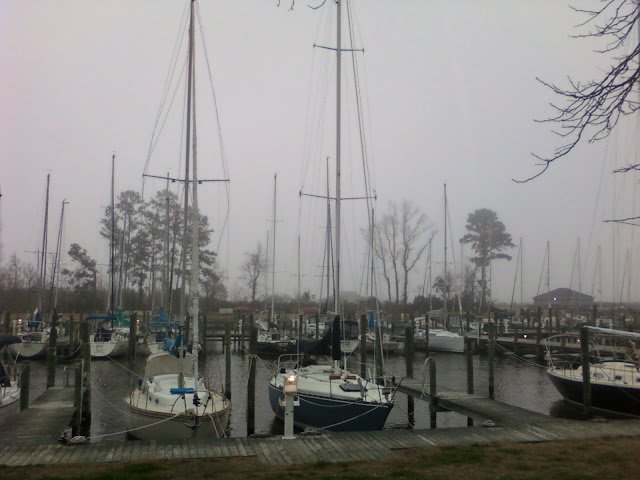 Driving out of the driveway this morning, I noticed that the sun was shining so pretty on my daffodils...I hopped out and snapped a photo. If you've seen me taking photos, you know I can't just take one - I usually take several, some from different angles. 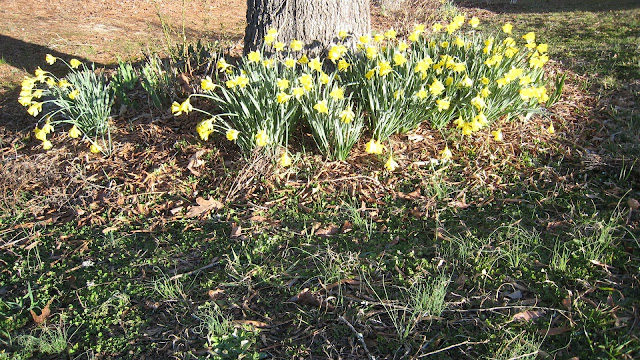 So, when I looked at the photos here on my computer screen, I was amused at this one - shadow of "Karen the really tall Giant": 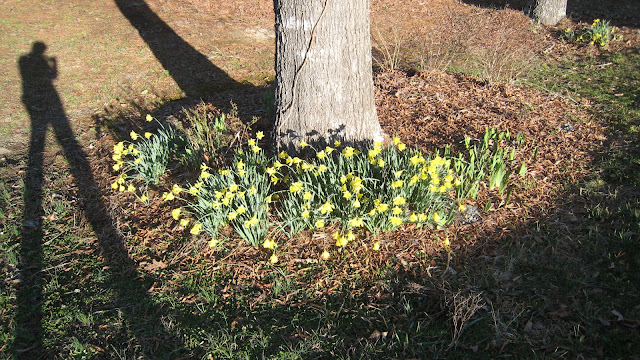 Since not much else is happening, thought I'd share my progress last night on my house model...putting the roof on took some thought! 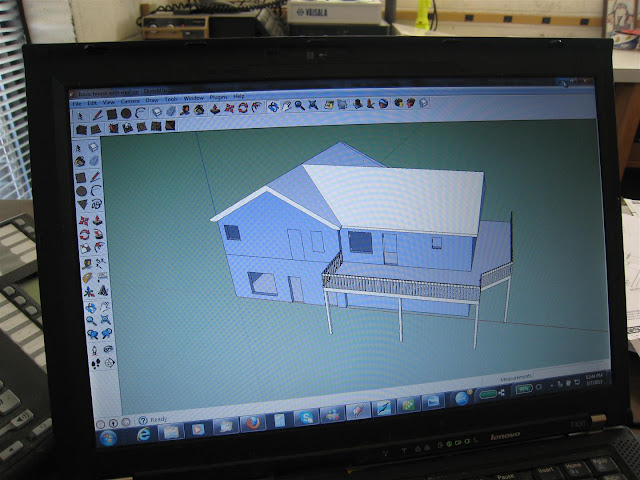 I'm learning a new computer skill! We are thinking of doing some "patio" work this spring and need to be able to visualize what things will look like before diving in.  I had seen Google "Sketchup" before.  It's a free program sortof like Autocad.   I've spent days on tutorials and now I'm starting to draw our house using the old blueprints so I'll have the dimensions correct.  This is just a start - lots of details to add (and a roof!!)  Fun though! 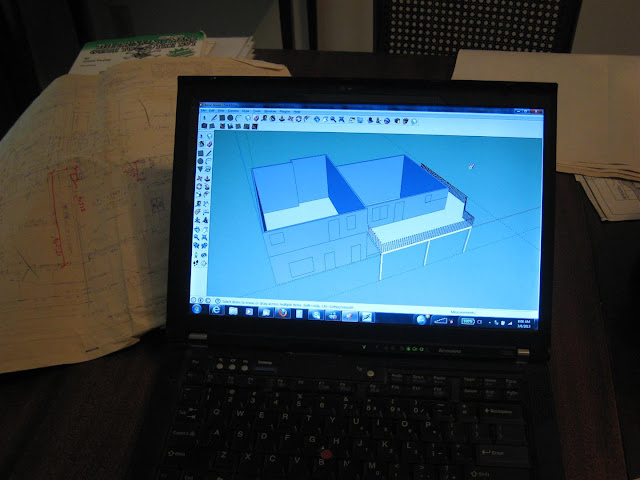