Off to North Dakota! Unfortunately, the weather was not cooperating for a direct flight - a cold front was near Chicago. So we planned to go more west than a straight line to fly a little south of the storms. A fuel stop was to be at Red Oak airport in the edge of Iowa - about 6 hours away!! (hard to see, but it says distance 806 miles!!) 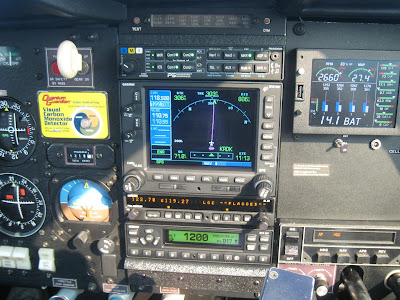 But, as sometimes happens, the weather was worse than predicted...so we diverted to a different airport - Sterling, Illinois. We still had to fly thru some weather - but our new Ipad with radar setup helped us wind our way thru the worst of it. (The little blue airplane shows where we were at that moment). 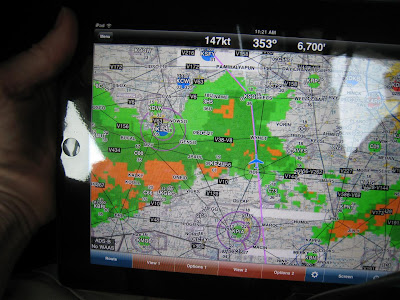 Sterling had a wonderful little airport - loaned us a car for a quick hop into town for lunch. Then, under very grey, cloudy skies - we were off direct to Devils Lake!! Only 540 more miles to go! 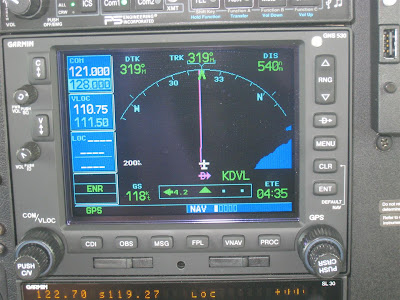 We finally broke free of the clouds over beautiful lakes....I mentioned it to Duane, wondering what state we were over (the aviation GPS does not tell you when you cross state lines because it doesn't make any difference what state you are in when you are in the air) - he said "it must be Minnesota because it is "the land of 10,000 lakes". 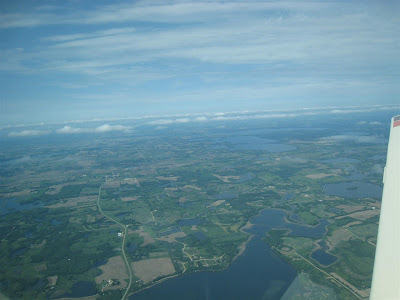 As we got closer to N.D. the lakes got fewer and farm land became more prevalent. 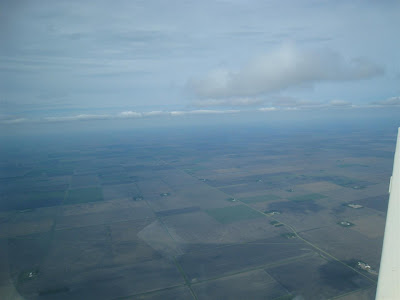 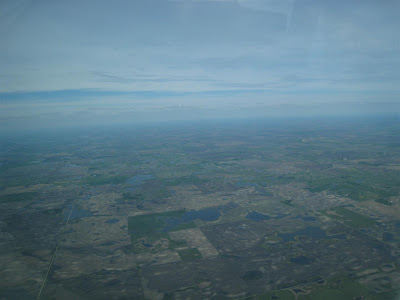 Then, finally, we could see Devils Lake - it is bigger than I was expecting. This is just a small part of it. 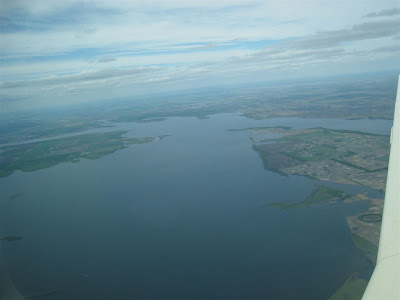 Pretty clear air as we descended into the Devils Lake airport. 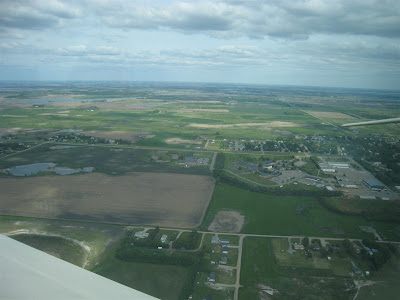 The family met us at the airport - they're only 3 or so miles away and saw us descending in for landing from their back yard.

We went to a great restaurant and caught up all evening. We were pretty tired after the long day of flying!! Here is the final photo of the day - taken at 10PM. Teresa covered up our window with a black cloth so that the light would not bother us.....and also, so that the 4:30AM sunrise would not wake us up!! 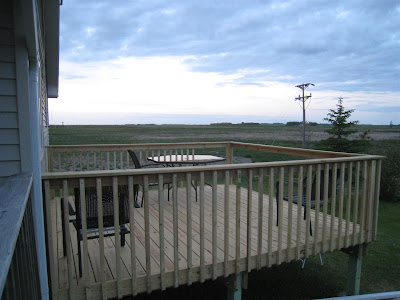 So you did get an iPad after all? I wasn't sure if you had one or not...

Sterling, IL, eh? I looked it up to see if it was close to where any of our family in IL lives... Nope, haha! I guess it's not too far from Chicago though; hopefully you avoided the big city's air traffic issues!